Here I’m going to tell you what nobody is going to tell you from the business and technical standpoint. The opposite side of the PWA word, the myths that might become the dark side of it for you. But first, let’s cover what you hear from 99.9% of the agencies and developers, the good points. For those who understand more deeply the technology, I’m covering here PWA Headless which is the most sold thing.

Disclaimer: I prefer PWA, I love the benefits that it provides to customers and merchants. I want to show what agencies and developers won’t tell you about the experience working with PWA that they had. Some things will be hidden from you but will impact a lot your business decisions. The best method for anyone to apply PWA is when it wasn’t a blind decision.

Goal: I want to show you Technical Architect, developers or merchants how to identify the differences between PWA and Headless, not a PWA vs Headless because they aren’t opposites, you might have PWA with or without headless architecture.

The seductive world of PWA 😍

When you hear about PWA, everyone will share their good points. You might hear it in a such manner, that seems like there no reason why you’re not on it now. It’s faster, cheaper, prettier and you won’t have any problems anymore. The real silver bullet already exists and you’re missing out. Ok, ok, telling like this you know it’s not true, but when a developer or agency that usually has the more technical experience and shows many examples faster than your current store, then it feels like it’s going to solve all the problems.

It’s very usual to see as a sales argument numbers like these below.

The main advantages are true? 🤔

Usually when I go deep into the analyses made they aren’t reporting the real truth. The words are true, but the intentional feeling looking at it, it’s not. We didn’t see the entire scenario to have been prepared to make a decision based on someone’s words; Most of the time who sells it’s hiding the bad points for a reason.

I don’t believe in taking a decision alone. Without explain to the client and evaluate with them if it makes sense to their business. So, let’s cover some of the main points.

PWAs do not require different versions for various devices; a single progressive app meets the requirements of all endpoints on which it operates. It significantly reduces of efforts that developers provide, and as a result, the cost to create a PWA decrease. The cost is three or four times lower than that of a native mobile app.

Progressive web applications (a.k.a PWA) provide an advanced user experience by combining the look and feel of mobile applications and the best of website performance. They have the design and settings that are very similar to those of native mobile software. Regardless of technologies, tools, and frameworks on which PWAs are developed, they provide the same user experience as native mobile apps do, and it is considered to be superior to that of websites.

At the same time, they have the same speed, responsiveness, and comprehensive capabilities as websites with database access and automatic data. As a result, search engines index them, which is why systems such as Google or Bing can find PWA pages. When compared to mobile software that keeps its internal data only for its own use, the pages of these applications can be found on the internet, which may have a favourable impact on the number of page views.

Unlike regular mobile applications, PWAs do not require a long and complex installation process, which significantly improves user experience. Users just download an app, quickly and directly to their devices, and they do not need to go to the App Store or Google Play. It streamlines the procedure and significantly reduces user abandonment. After users have downloaded an app, they can access it via a desktop icon.

Some browsers even offer call-to-action-like teasers that prompt users to download these apps when they visit respective websites. This functionality comes built into browsers and allows the apps to enhance their credibility and reliability. As this software does not require installation on devices, users can easily access the PWA via a URL, which significantly contributes to the high shareability.

PWAs cache and serve text, images and other content in a specific, efficient manner, which enables them to operate like websites and significantly improves the running speed. Along with quick operation, impeccable performance is another attribute that has an impact on user experience and conversion rates.

Retailers and content providers should adopt this type of software as it enables a more positive user experience than mobile apps by improving retention and customer loyalty.

Unlike regular applications that are very demanding on operating systems and the technical capabilities of various devices, PWAs work everywhere. A single app can satisfy the needs of various consumers and provide a uniform user experience on different endpoints. At the same time, this type of application enables cross-support to users that switch between their devices by providing them with a continuous experience. Users can access an app that has the same settings and data like that on another device.

This fact also significantly contributes to business automation, as companies that rely on PWAs know that the software their employees use performs seamlessly regardless of the platform or app version. Also, PWAs are highly responsive to various form factors, as they adapt properly to various screen sizes.

PWAs have specific functionality that allows them to update automatically, without notifying users and bothering them with permission requests. These apps update themselves every time when users visit them, thus eliminating the need to download batch changes and install them. They just provide a renewed look with no human participation.

However, some of the producers of progressive apps send push notifications to users to inform them about the arrival of a new update. All the same, producers have full control of the information and content, to which users have access.

The capability to operate offline or in compromised networks makes PWAs much more convenient than websites. Built-in service workers cache important progressive web apps’ features and information automatically, which eliminates the necessity to download it and allows users to access it without an internet connection.

It is based on the saving of information that users previously accessed, for example, pages. If they try to open those that they have not visited online, an app can show a custom offline page. This capability is crucial for retailers, as it allows them to prevent users from abandoning their catalogs and enhances customer retention.

8. No Dependence on App Distribution Services 🍎

Usually, app distribution services, such as the App Store, Google Play or Microsoft Store, set high requirements to software that is included in their databases. Meeting their requirements may become quite a time- and effort-consuming process. Also, in some cases, services remove applications from databases without notice if a company fails to meet some of the requirements. So, PWAs allow producers to avoid complex reconciliation procedures as they do not need to be stored in similar services.

Like native mobile applications, PWAs have access to device-specific functionality, such as push notifications. This capability can be performed in various ways and allows companies to make the best use of content advertising.

Why are push notifications especially efficient when it comes to PWAs? According to some statistical data, almost 60% of users allow their progressive applications to send them notifications, which significantly increases opportunities to promote products or services. Moreover, these notifications are displayed on the screens of mobile devices, which is why there is a high probability that they attract users’ attention, especially when compared to email newsletters, blog entries or posts in social networks.

In such a way, a company can better access its target audience, and chances are, the audience will respond. Another valuable outcome is that these bouncing notifications, along with app icons on device desktops, considerably add to brand recognition, as they allow a business to draw attention to itself. However, users that have numerous applications installed on their mobile devices and that allow a great number of them to send notifications risk making their digital experiences cluttered.

PWAs rely on HTTPS to provide data safety and minimize the risk of security issues, as this protocol allows to preclude snooping and content tampering. Also, the applications take advantage of Web Bluetooth technology that includes certain security capabilities.

I love web development and the power of PWA capabilities, I truly believe that PWA is the future and everyone can take parts of its advantages to improve their customer experience. What I don’t like is when someone sells some PWA to merchants without telling the points to consider, it results in frustration, huge cost and the client thinks that PWA is what has been delivered by the agency and not what it really is. An awesome method to improve your customer experience. 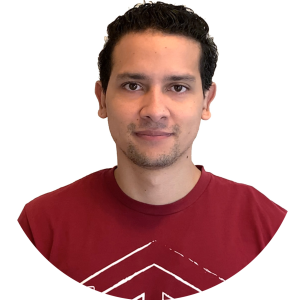